The next phase of the development of Eden Project Dundee has been confirmed.

Ambitious plans to create a global attraction in the heart of Dundee have taken another step forward with agreement to complete detailed development design and formal planning.

The Eden Project and its partners have agreed a funding package that will pay for the next stages of work on the world-class attraction.

The £7.6m injection into the project will fund detailed design and development and completing the work required for a planning application. This is effectively everything needed to get the project ready for construction.

This work follows the completion of the Eden Project Dundee pollination study and masterplan, which established the economic, social and environmental case for the project and started exploring design and content. A series of community programmes in Dundee, beginning with the planting of wildflower meadows, is already underway.

Eden Project Dundee partners Dundee City Council, The Northwood Charitable Trust and the University of Dundee will all contribute to the funding pot. The Eden Project will also invest heavily into the project through its development arm, Eden Project International, in order to maximise the Dundee project’s chances of success.

Eden Project Dundee, which is set to be built on the former gasworks on East Dock Street overlooking the River Tay, is projected to attract more than 500,000 visitors every year, generating £27m of economic impact on the region annually. The project will create 200 direct jobs and support an additional 300 jobs in the supply chain and connected businesses. The construction phase is projected to bring an additional £171m to the regional economy.

The Eden Project team is responsible for the hugely successful Eden Project in Cornwall which has turned an investment of £141m into a £2.2bn economic impact on the regional economy in South West England. Since opening in 2001, Eden in Cornwall has welcomed more than 22m visitors and in recent years has continued to see annual visitor numbers of more than a million.

David Harland, Chief Executive of Eden Project International, said: “This is a hugely significant moment for Eden Project Dundee. Not only does it fund work on the project up to the point of shovels going into the ground but also demonstrates the huge confidence the city of Dundee and its institutions have shown for our vision.

“With last year’s COP26 climate conference in Glasgow, Scotland established its place as a global environmental leader and we hope to continue this momentum in Dundee.

“Everyone at Eden is energised by this project and inspired by the enviable ambition of the city. The gasworks site is unique and brimming with opportunities for an attraction that Dundonians can feel proud to call their own. We can’t wait to share our ideas with everyone as the plans develop and mature.”

Dundee City Council leader, Councillor John Alexander, said: “The feasibility work that has been undertaken shows just how much Eden can deliver for Dundee – hundreds of jobs, huge visitor numbers and tens of millions of pounds into the local economy.

“And it’s so much more than that too, with tremendous opportunities for education and connecting our diverse communities.

“Eden Project Dundee truly is an incredible concept, which will wow city residents and tourists alike. It will be another jewel in the crown of our stunning, transformed Waterfront area.

“This investment by the city council and its partners is a real statement of intent and shows our collective commitment to progressing this world-class project.”

Professor Iain Gillespie, Principal & Vice-Chancellor of the University of Dundee, said: “The Eden Project provides the opportunity for us to develop our city as a beacon for social and environmental sustainability, bringing the benefits of a just transition for our citizens to a society more in tune with our local and global environment. Dundee can again provide leadership for others in Scotland and beyond.

“As a university with social purpose at its heart and being an institution that is ranked top among UK universities for Climate Action, we are delighted to support this incredibly exciting development that will bring real benefits to our students as well as the wider community.”

Blair Thomson, Director of The Northwood Charitable Trust, said: “We are delighted that Eden Project Dundee is making such rapid progress and we are excited about what the next stage of development will bring.

“This is a project that will be transformative for Dundee, acting as a beacon for social, environmental and economic regeneration. Eden Project Dundee will be a unique attraction for the city and be a standard-bearer for Scotland in the growing global family of Eden Projects.”

Eden Project Dundee will draw on the history of the city’s Nine Incorporated Trades and is themed around nine new “Guilds” for the 21st century – Healers, Growers, Navigators, Myth-Makers, Noticers, Alchemists, Celebrators, Menders and “Re-Sourcerors”.

It is characterised not by specialisms, like the existing nine trades, but by providing alternative ways of perceiving the world. Each Guild will have its Guild Hall on the main Eden Project Dundee site with opportunities for “embassies” elsewhere in the city.

These Guild Halls will form the central experience spaces for Eden Project Dundee visitors and will include areas such as the Lookout, which celebrates connections between people and the natural world, the Lush Bunker, a high-tech zone showcasing new ways to grow plants and featuring hyper-real journeys into the air, soil and water, and the Seam, a collection of emotional, story-driven experiences related to mining and its alternatives.

The preferred site for Eden Project Dundee on East Dock Street has good public transport links, the potential for a new pedestrian connection to the city centre and is less than a mile away from V&A Dundee and the train station.

The existing tall brick walls on the site suggested to the Eden team the potential to create walled gardens, making for a striking contrast to the industrial heritage of the gasworks. Eden envisages this as a powerful symbol of regeneration, echoing the project’s home in Cornwall which is located in a former clay quarry. Building Eden Project Dundee in this location would also provide an eastern anchor for the Dundee Waterfront regeneration project. 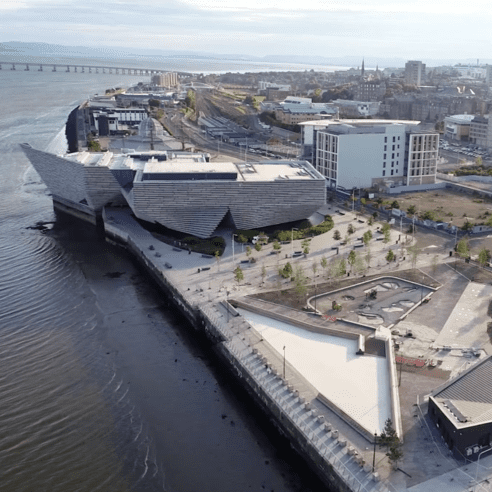 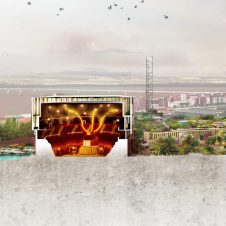 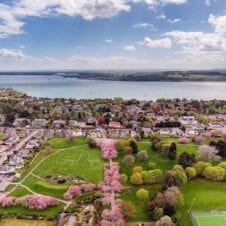 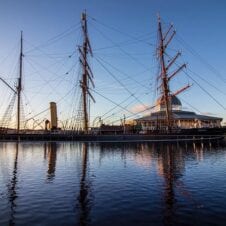 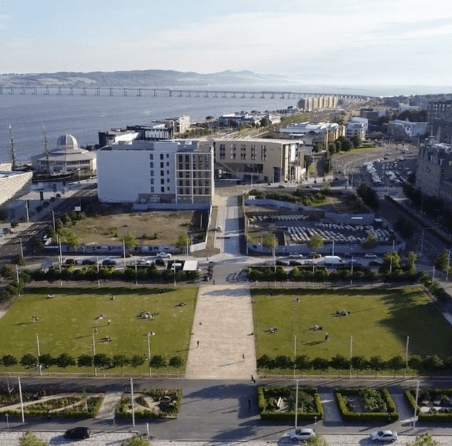 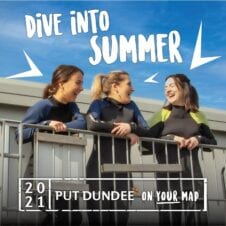 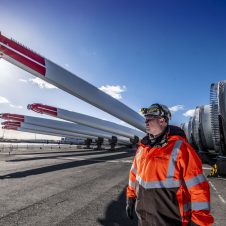